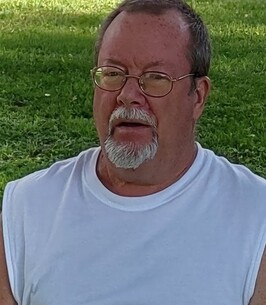 James M. Miller, 68, of Mercersburg, PA went home to be with the Lord at Fulton County Medical Center, McConnellsburg, PA, on December 18, 2021.

Born April 19, 1953 in McConnellsburg, PA he was a son of the late Harold J. Sr., and Verla D. (Roher) Miller and a step son of Isabelle Miller of McConnellsburg.

Jim was a graduate of McConnellsburg High School. He was employed at Grove Worldwide for 35 years. He later was on the custodial staff of Tuscarora School District for 4 years. He enjoyed metal detecting with his grandchildren and doing odd jobs around his house and for others. Jim was an active member of Mt Tabor Brethren In Christ Church, Mercersburg, for 40 years.

A public viewing will be held from 1 to 2 PM on Wednesday December 22, 2021 in Mt Tabor Brethren in Christ Church, 12283 Punch Bowl Road, Mercersburg. Masks are required for attendance.
A private/family only funeral service with Pastor Kevin Lay officiating will follow the public viewing in the church. Private burial in Pine Grove Cemetery, Mercersburg.